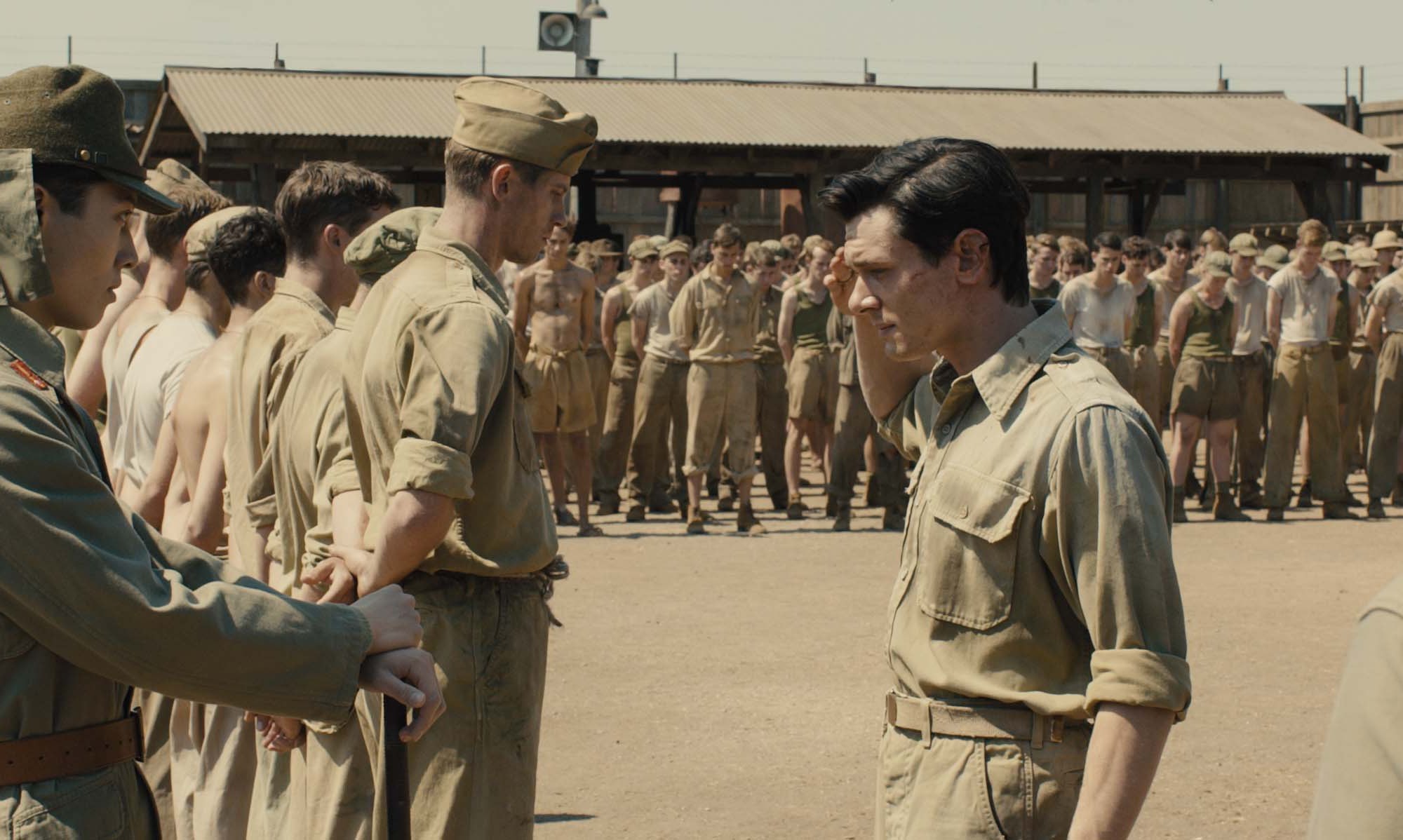 The true and inspiring story of Louie Zamperini, Olympic athlete and WWII vet who survived air raids, 45 days in open sea with no food or water, and two years in Japanese POW camps under torturous conditions.

As the title and synopsis might suggest, the film focuses on the incredible will and fortitude of Louie Zamperini (O’Connell) throughout the ordeals he underwent during WWII, in an almost by-the-numbers biopic style with some intercutting flashbacks. Spoilers: He doesn’t die. And this film, despite running at just under two hours, really feels like 45 days out at sea and two years in prison camps. It takes a lot of pages from the War Movie Handbook, the classics from two and three decades ago: picture-perfect shots of the story’s villain (an absolutely spectacular Miyavi) against the backdrop of a waving Japanese flag, inspiring patriotic trumpets, flashbacks that tell the story of Zamperini’s rise to fame.

Yet in truth, we’ve seen this film before at least a dozen times. Jolie is perfectly decent as the director, and her stars are on form throughout, but the film has absolutely nothing new to offer the world of cinema.

While the story is moving and inspiring, it is told in such a bland and dry way that the intended effect of admiration for these remarkable people becomes lost in overlong, overdramatic, oversaturated scenes, one after the other, without a semblance of pacing in sight. The build up of the flashbacks that establish Zamperini’s background as a kid with behaviour issues who got straightened up by his older brother is rendered mostly irrelevant, as none of his experiences contribute to his ultimate survival except for one line–“If I can take it, I can make it”–which could have been dealt with in a much more succinct way.

Yet it is in no way a bad film: well-shot, well-lit, incredibly acted (Jack O’Connell delivers an impeccable performance, with great support from Domhnall Gleeson, Luke Treadaway and Garrett Hedlund), scored beautifully by 6-time Oscar nominee Alexandre Desplat… it is in every sense a perfectly respectable film, well worth any individual awards thrown its way.

But a film is more than just the sum of its parts. It’s the total of the experience that shapes one’s overall enjoyment, and in the case of Unbroken the one word sum would be ‘tiring’.

To top things off, we are subjected to an out-of-context Coldplay song during the epilogue, as we learn what the real-life counterparts of the characters we’ve seen in the film got up to later in life. Upbeat, modern, and completely mismatched with the tone and atmosphere of the film, it serves only to estrange us even further from Zamperini’s horrible but courageous experiences.

Is it good? Sure. Should you rush to see it first thing on release day? Debatable. Yet it is certain to amass a small collection of Oscar nominations come January 15th, so take that as you will.