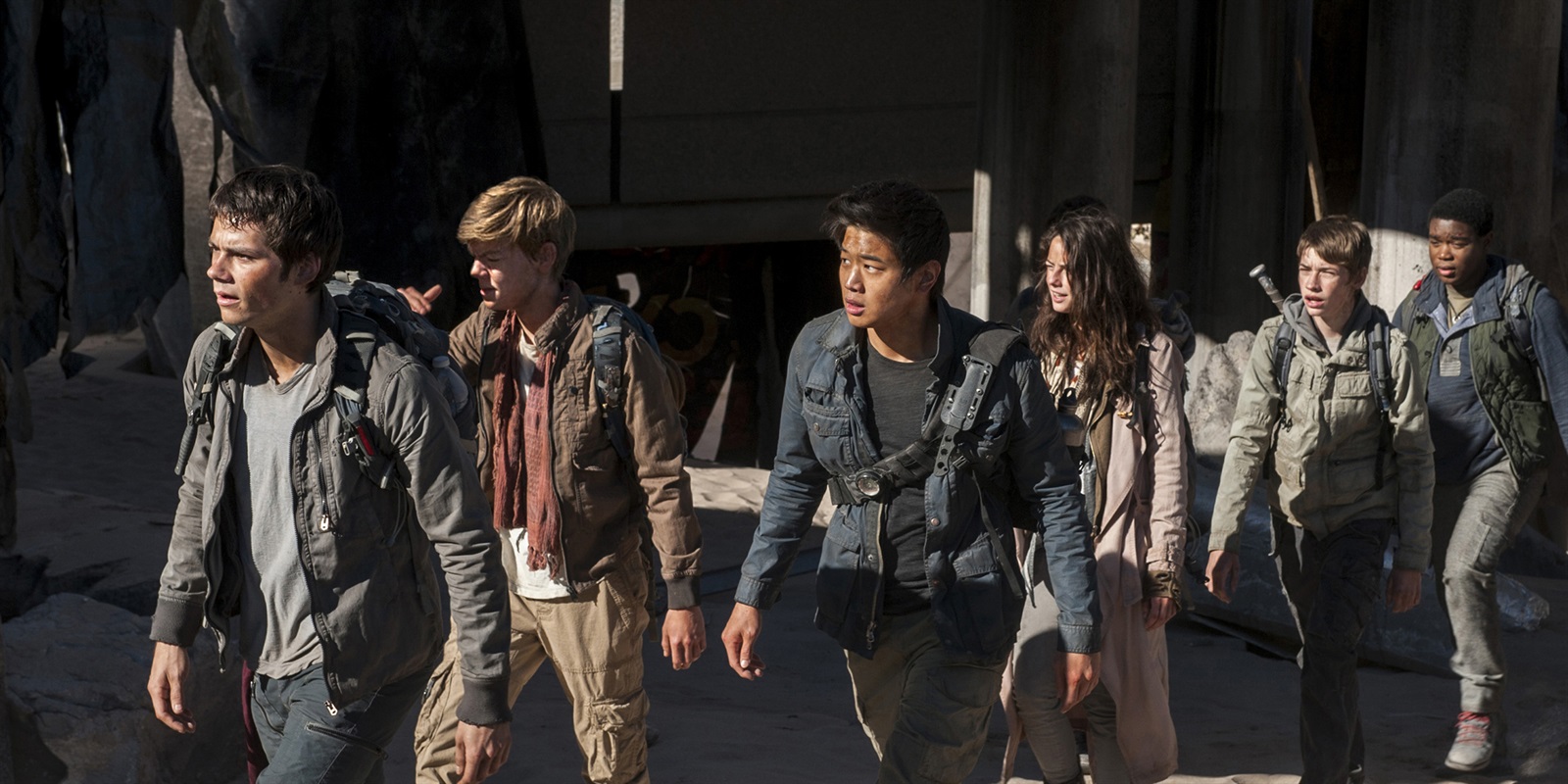 After narrowly escaping the maze, Thomas (O’Brien) and the others are whisked off to a facility full of medical equipment, military grade weapons and lies. Finding themselves on the run again, they begin to discover the truth about what brought them here, to the maze and to the scorched deserts outside, as well as the shocking truth about each other.

If the first Maze Runner film felt a bit hollow, it’s because absolutely everything of import is crammed into this one.

We pick up exactly where we left off: Thomas and the other maze survivors are carried to an undisclosed location, where heavily armed guards keep them in line and a man named Janson (Aidan Gillen, perfectly cast in a very Littlefinger-like role) promises them safety, then inexplicably keeps Teresa (Scodelario) away from the boys under the pretense of medical tests. Thomas’ inquisitive nature naturally leads them to the truth (it’s WCKD, the mysterious organisation behind the mazes, obviously), and pretty soon they’re all running again, out of the fortified facility and into the desert known as The Scorch: what’s left of the earth after solar storms cooked the planet and drove everyone underground. Janson has warned them against the Cranks – people infected with the Flare virus; zombies, essentially – but the reality of being chased by flesh-hungry, dehumanised people is a lot worse than anything they’ve ever imagined.

In their quest for answers and safety they meet a host of new people: Aris (Lofland), another maze survivor, the only boy in a group of girls (the opposite set-up to Thomas’ maze); Jorge (Esposito) and Brenda (Salazar), a pair of opportunists running a hub for thieves and bounty hunters in the middle of the Scorch; and Marcus (Alan Tudyk), an almost mob-like figure extorting valuables out of anyone seeking refuge. Through forging uneasy alliances, Thomas and the others manage to make contact with The Right Arm, a small resistance force that opposes WCKD by rescuing maze survivors from WCKD’s labs.

With their new allies, and Safe Haven – a disease-free zone – almost in sight, Thomas and the others have but a moment to breathe before everything is turned upside down, in the plot twist that gives this entire franchise its meaning. It’s heartbreaking and inevitable, and thus the story finally has more meat to it than the typical dystopian evil corporation villain.

At the core of this story is humanity’s frantic scramble for survival, something the first film hardly even hinted at. The Scorch Trials is where it all comes loose: no sooner has an action scene finished than our heroes are running again, or fighting off zombies Cranks, or both. Answers beget more questions, with plenty more sure to come in the forthcoming third installment, The Death Cure: Why set up these mazes in the first place? Are the needs of the many more important than the rights of the few? Is this Flare virus even remotely curable, or is humanity facing a dead-end?

The desert landscape lends itself to some epic shots, which director Wes Ball utilises masterfully to show the characters’ isolation and entrapment, while John Paesano’s equally epic score frames the characters’ harrowing journey through deserts, dilapidated cities and deep canyons. Performance-wise, it is Dylan O’Brien who carries this film through with a powerhouse performance as Thomas, while everyone else falls by the wayside quite noticeably, creating an ensemble to support and elevate O’Brien’s performance rather than shine individually. Yet it is still a thrilling watch, and it (surprisingly) has a thing or two to say about the morality of survival – a modicum of substance which the first film decidedly lacked.

One Reply to “Maze Runner: The Scorch Trials review”